Skip to content
Home
/
Article
/
What is a “Normal School?” 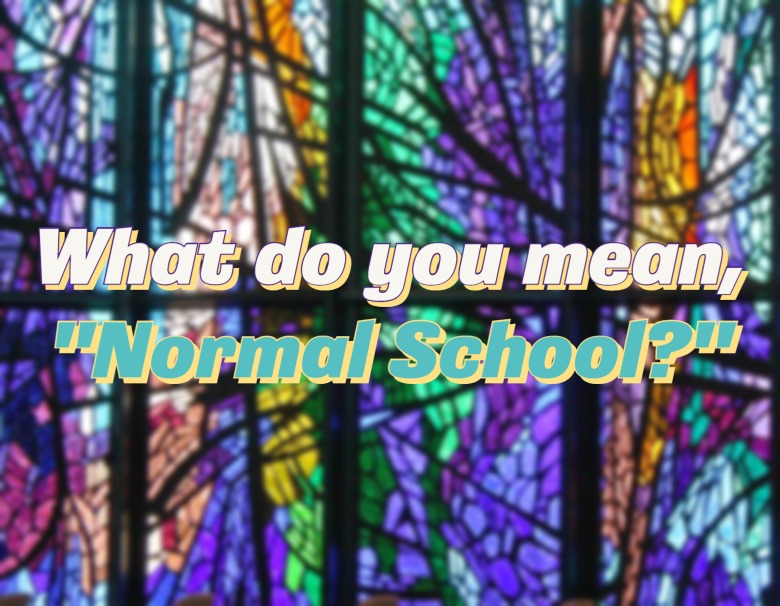 Yes, we’ve heard all the jokes, so let’s go ahead and address them now —

No, you don’t have to “be normal” to attend the Singing School – I’m not even sure that it helps to be normal to start with. After all, we’re saying we’ll teach you normal.

Joking aside, What is a “normal” school?

In the late 17th Century when European education was becoming systematized and standardized, Frenchman Jean-Baptiste de La Salle (the “Patron Saint of Educators”) founded the École Normale (“Normal School”), in Reims. In this case, “normal” meant a school that taught students to aspire to and attain certain “norms” (today we’d probably call them “educational standards”). Normal Schools adhered to a set curriculum for all students, creating a universal basic standard for education.

Normal Schools – because of their high standards – became the training centers for those who would teach others. Today we would call these teacher training colleges. Many such institutions were begun in the United States and have enlarged themselves to become multi-discipline colleges or universities or they continue as the education faculty within a university setting. The popular nomenclature has changed, but the concept of a teacher training college still exists. For example, in 1857 the Illinois State Normal University was founded at the village of North Bloomington. In 1865 they renamed the town “Normal” in honor of the university. It wasn’t until 1968 that “Normal” was taken out of the school’s name; from then on it was called “Illinois State University.” Although the school has a different name, the city is still called Normal.

TNSS was begun in 1946, with the memories of war-era congregational life still fresh. With the deployment of even one or two good leaders, a congregation’s singing might suffer greatly (similar trends were seen in the aftermath of the American Civil War). We simply didn’t have enough trained/competent congregational musicians. Austin Taylor (hymn writer) and Edgar Furr (preacher), two respected South Texas church leaders, recognized this need for training song-leaders and singers. In 1946 the first session of the Texas Normal Singing School was conducted. It was a two-week school for men and boys. Eventually, TNSS owned its own campus – full of retired WW2 Quonset huts and a kitchen off a navy vessel – right across the street from the Church of Christ building in Sabinal, Texas. At the invitation of the Sabinal eldership, the TNSS conducted classes in the church building. In 1946, Austin Taylor was 65 – people still used terms like “normal school” to describe an institution that taught teachers.

TNSS exists to train congregational musicians (singers). We now train men and women, teens and adults, in song-leading, worship-leading, general singing, songwriting, and also teach a multi-year curriculum on women in church music. Each of these tracks has four years’ worth of courses which culminate in a Public Worship Leader Certification. One of the goals we have set for our certification program is that after an individual is certified we encourage him to become a trainer of the church back home – not just in the Sunday assembly, but one who can teach others the basics of congregational music, theology and culture of worship, history of hymnody, etc. We train teachers as well as singers and song-leaders. Other schools emphasize stage presence and vocal performance or singing a certain prescribed set of songs. Some events are more camp-like with lots of free time and games. TNSS is 50 hours of in-class study and lab time (we have lots of fun, but we work hard, too) from Sunday night to Friday at noon. Our emphasis is engaging the congregation and bringing everyone up a little at a time, rather than equipping and empowering just a few. Our theme verse is “let everything be done for the building up of the church” (I Corinthians 14:26).

We’re not at all “old school” or mean-spirited – TNSS is open-minded, innovative, and very balanced. We are, however, focused on singing that is a cappella and congregational. We have a positive atmosphere, defined by what we’re “for” rather than what we’re “against.” We have welcomed students from all 50 states, international students, students from churches with praise teams, students from predominately African-American churches, students from churches outside of the Churches of Christ, instrumental churches, etc. – it’s not about fitting our mold or ideas, it’s about going back home to be the best leader – in music, worship, Christian devotional thought, and spirituality – you can be for your people.

So come, be normal with us!