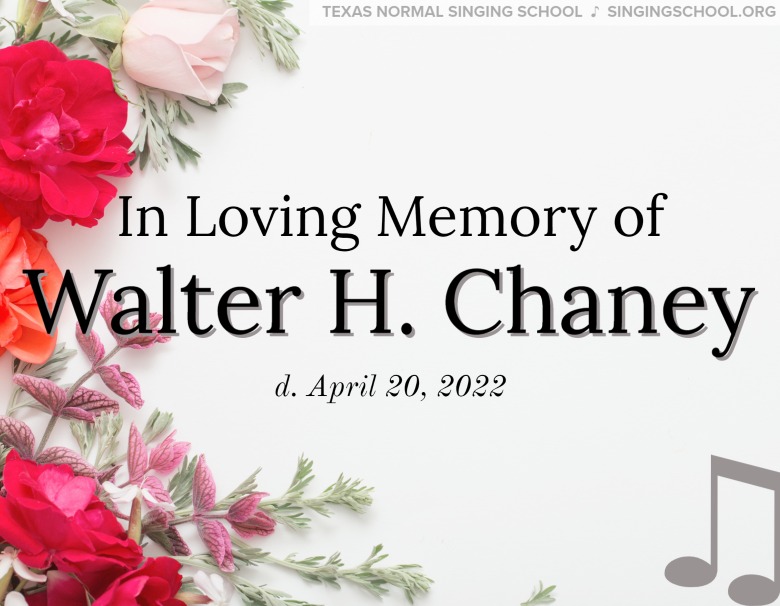 Mr. Chaney was a retired electrician, a member of Bethel Church of Christ and an avid gospel songwriter. He loved singing, song leading and teaching others to lead singing. In his love for singing, he founded the Southeastern School of Training Song Leaders for the church. Mr. Chaney also loved horses and raised many beautiful ones through the years.

Mr. Chaney was preceded in death by his parents, Frank Baker Chaney and Bernice Elkins Chaney.

Graveside service will be Saturday, April 23rd at 11:00 AM at Valhalla Memory Gardens with Jimmy Clark officiating. Berryhill Funeral Home is assisting the family.

In lieu of flowers, the family requests that donations may be made to St. Jude Children’s Hospital.